Volkswagen’s third era of mobility begins today, as orders open to UK pre-bookers for the ID.3 1ST Edition, allowing those who have already placed their deposit to specify and confirm their car. The ID.3 1ST Edition is the limited edition and introductory version of the ground-breaking hatchback, which is also the first Volkswagen Group model built on the new MEB platform. It will be followed by seven series variants of the ID.3 opening for order in the autumn.

First announced in May 2019 and reserved by over 30,000 pre-bookers across Europe, the ID.3 1ST Edition is the limited-edition flag-bearer of the ID.3 line-up and is priced at £38,880 before any Government grant is applied. To mark it apart from future ID.3 variants it features exclusive badging and a two-tone honeycomb decal, alongside an extensive equipment list. Standard equipment includes LED headlights with Matrix Beam and Welcome Light, 19-inch Andoya alloy wheels and tinted rear windows, along with a black-coloured roof, side skirts, boot and rear spoiler. Several driver assistance systems are also included, with Adaptive Cruise Control, Front Assist and Lane Assist included in the package, as well as parking sensors and a rear-view camera.

Inside, a 10-inch infotainment system with natural voice control function complements a fully digital dashboard, while ambient lighting with 30 colour options allows the driver to change the mood of the interior to their preference. ‘Play’ and ‘Pause’ symbols on the pedals add a further sense of fun to the forward-thinking electric vehicle. The ID.3 1ST Edition also launches with the industry-first ID.Light – a dynamic LED band the width of the interior windscreen, which changes its pattern and colour to supplement and support Navigation signals, charging status, driver assist technologies or the natural voice control.

ID.3 pre-bookers placing their orders will have the added bonus of 2,000 kWh of renewable power dispensed for free via We Charge. One of the suppliers includes the Europe-wide IONITY charging network. This added benefit is worth £500 and the equivalent to approximately 34 rapid charges.

The ID.3 1ST Edition is Volkswagen’s first ever model to be made available for pre-booking, and across Europe attracted 10,000 pre-orders on the first day. Another 20,000 pre-orders were made in a matter of weeks. To secure an ID.3 1ST build slot, UK pre-bookers placed a £750 non-binding deposit.

The ID.3 1ST Edition has an ample range of 260 miles (WLTP) from its 58 kWh (net) battery capacity. It also features the added bonus of rapid charging compatibility of up to 100 kW, with the ability to add around 180 miles of range in just 30 minutes from a 100 kW CCS charger. The 260-mile range is sufficient to travel from London to Manchester, with 50 miles to spare. With 204 PS of power and 310 Nm of torque instantly available, the ID.3 1ST is fast enough to match a Golf GTI from rest up to 37mph, while the 0 to 62 mph sprint is dispatched in a brisk 7.3 seconds before maximum speed is reached at 99 mph. The ID.3 1ST also benefits from the Volkswagen brand high-voltage battery warranty of eight years or 100,000 miles.

By virtue of Volkswagen’s clever Modular Electrification Toolkit (MEB) platform, the ID.3 shares a similar footprint with the Golf, but provides as much interior space as a Passat, while maintaining the same tight turning circle as the up! city car. The flexibility of the MEB platform allows multiple different models to be built with it at their core; this economy of scale brings down the consumer cost of the final models – an attribute which traditionally has been obstructive to mainstream electric vehicle adoption by the public.

The ID.3 is already an award-winner for Volkswagen, having secured its first major UK accolade in October 2019, when carwow gave it the title of ‘Most Wanted’. This award recognises the car that stirred up the most interest on its website across the course of 2019, thereby confirming the ID.3 as one of the most highly anticipated cars of this year. More recently GQ named the ID.3 ‘Best Family Car’ at its 2020 GQ Car Awards, hailing the model as the “future of sustainable motoring”.

Carbon neutrality in production is contributory to the ID.3’s early success with critics, with renewable energy used in its production – including production of its batteries. This is a key step in Volkswagen’s progress towards net carbon neutrality by 2050, and helps the brand’s commitment to the Paris Climate Agreement.

Andrew Savvas, Volkswagen UK Managing Director, said: “The ID.3 is one of the most important cars Volkswagen has ever launched – and the British public seems to be as excited about it as I am. Here, an overwhelming number of customer signed up as pre-bookers last year and placed a £750 deposit, even before they saw the final ID.3 unveiled. In fact, during the first few hours of pre-booking demand was so unprecedented it momentarily crashed our website. It has created a huge stir.

“The ID.3 symbolises Volkswagen’s new electric future, and that future is here – now.

“At the point at which it leaves the factory in Zwickau, Germany, the ID.3 can lay claim to being the world’s first mass-produced CO2-neutral car. Producing the ID.3 in this way shows that we are very serious about sustainability as we help to safeguard our world for future generations. This is only the beginning, and I’m grateful to our UK pre-bookers for their interest and faith in our brilliant new car. Very soon you will be among the very first people in the world to drive an ID.3.” 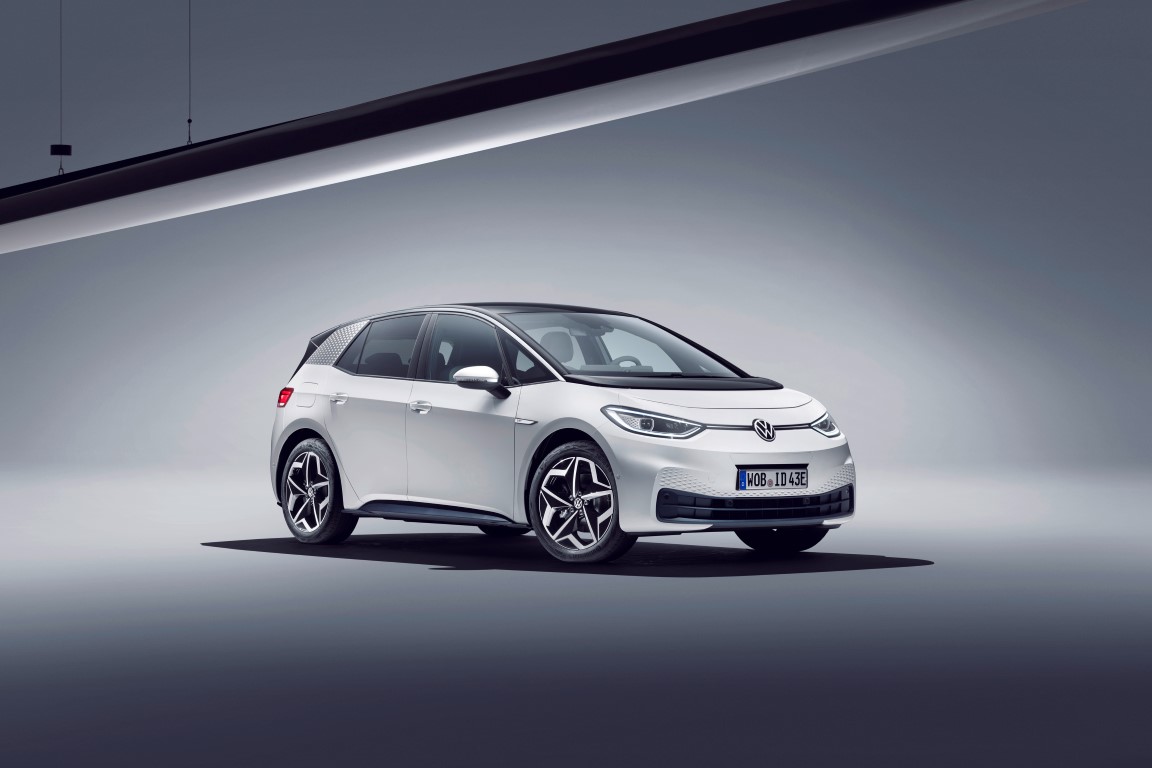 Seems outrageously expensive to me.

Who remembers Mr Big Volkswagen promising that the Neo (as it was then) would be the same price as a mid-level Diesel Golf ? Looks about £12k more than that !

I have my order, but an very unsure whether to proceed.

I share your concerns about the cost. I also am aware of rumours that VW insist on you using their Finance / Leasing options. Like you, I put down a deposit of £750 over a year ago, but I am now having second thoughts - especially if all the alleged software issues are true.
Top

I went to my local dealer today after being contacted by them after VW passed on my pre booker details.
I was not able to sign any paperwork as it "is not on the system" yet. I was assured a car would be ordered for me as soon as an order could be generated. The salesman confirmed that there is no requirement to use VW Financial Services when purchasing.
As for delivery times, he initially said October / November (that's what he said he was told to say) but it could be late September.
Top

Just got off the phone from my dealer after trying to confirm my spec for a First Edition (deposit paid May 2019).
They tell me that you can’t have a company lease the car, only the individual named on the deposit. So you can’t take advantage of the 0% BiK as a company car. They won’t let you lease it through a 3rd party finance company either. It has to be a personal lease through ‘Lease and Care’.
Top

Just had all the above confirmed by VW.
so you can:
Lease with Lease and care as an individual
Or buy the car outright
Or PCP in own name
Or cancel.
The salesman did say you can leave the deposit in on a normal iD3 but you can’t jump the already large queue.